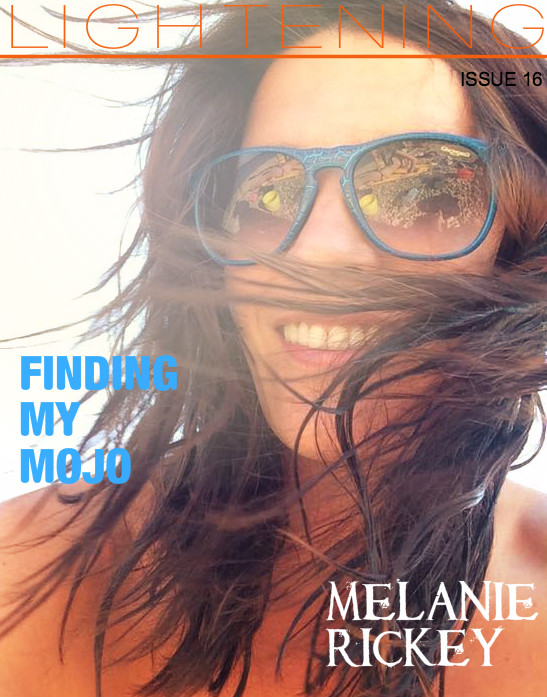 Melanie Rickey thought she was well set for motherhood, but no amount of reading could prepare her for the complete loss of her mojo. Now, as her son Horatio has just turned two, that mojo is finally coming back…

I am a voracious consumer of words. I wish all my reading could take place in quiet contemplation overlooking a bucolic garden, but unless I am on holiday alone (ha!), when I can easily stuff my head with two Booker Prize winners in a week, it usually involves snatched time with newspapers, supplements and magazines. They make me feel like a member of society. I need them.

On the subject of becoming a mother, I used my voracious reading to construct a complicated personal philosophy. Month after month, for many years, I paid close attention to stories featuring mothers or babies, snaffling away tit-bits like a squirrel hoarding nuts for a terrible winter. From all this reading I gleaned that the whole thing would be a bad idea, a disaster for my life, but was something I nonetheless had to do. Every interviewee ever asked says that having a child has been the single most meaningful achievement in their life. I didn’t want to not have a meaningful achievement.

My bad idea / meaningful achievement is called Horatio, and he was two in early September. The sun shines out of his pores, he glows with goodness and life. We conceived Horatio using IVF, as I’m in a same-sex relationship with Mary. Two weeks before he was born, I fell and broke my ankle in three places, requiring immediate surgery to insert supportive metal to help knit the bones back together. In the end Horatio arrived via Caesarean section.

Thanks to all that reading, I was well prepped for the no sleep, no sex, sore nipples, saggy vagina, saggy boobs, loose skin and varicose veins. I was all set for the loss of my social life, to the point that a highlight of the week is watching Strictly on a laptop in the bath. I had the fat sanitary towels. I was a realist.

I was prepared for the fact that my career would stagnate for a while, that some friendships would fall by the wayside (my friend Brix jokingly said “see you in three years”), and my status would be altered, without consultation, from that of ‘person’ to that of ‘parent’. I was ready for all of that; in fact I was secretly looking forward to it. I remembered a story about the actress Milla Jovovich who let herself blow up to 16 stone while pregnant by eating lots of bagels, before just losing all the weight and bouncing straight back into movie roles.

So Mummy Melanie would be the same Melanie from before, but with a few new saggy bits and a gorgeous baby. I’d have six months off work, then come back better. It turned out the saggy bits also came with an eight-inch abdominal scar, a six-inch ankle scar, two stubborn extra stone—and a pronounced limp, served on the side. The health visitors came round looking for signs that I was about to go bonkers as I shuffled around on my crutches. I wasn’t. I was dealing with it all. But I was so busy dealing with it all that I didn’t notice the old me, who was so primed with dynamic moves, had gone. My mojo had done a runner.

What finally broke me was the day I tried to squeeze into a pair of jeans in one of those fashion boutiques where the largest size is a 14. I have been an 8-10 for my entire adult life. I looked in the mirror, made sure the changing room door was locked and cried until I was dribbling down my shapeless jumper. I cried for my pathetic vanity while acknowledging that to feel happy in myself back in the familiar world of my old life I needed to lose weight and get active, yet had no will to do so whatsoever. I thought about the packet of Jaffa Cakes I would eat while breastfeeding my son that night. I wondered if I might have post natal depression.

When Horatio was eight months old I asked my closest mum friends when I might begin to feel normal again. All three of them said, separately and emphatically, “two years”. One of them, Jane Bruton who edits Grazia, wrote me this: “Firstly, your body shape has changed, so you’re dressing for a shape you’re not familiar with, and is constantly changing anyway. You’re a different person when you’ve had a baby too, so you need to get your head around dressing for a new identity. I look back at pictures of me on maternity leave and wonder if I’d taken leave of my senses! It was a jumble of the old and the new me, and I never felt quite right. When you get back to work you’re panicking anyway about your brain not working, then you look around and think, aaaarghhh.”

My friend Yasmin Sewell, a fashion consultant, celebrated beauty and online street-style star had her son Knox a year before me. “I can’t explain it, but when he hit two, I felt like I had it all sorted.”

You’re wondering now what I did next. Did I take one look at my blobby arse, join a boot camp and get miraculously fit? Did I cut my sugar intake to zero, lose weight and start preaching about the wonder of spinning classes? No I did not. That is not how this story goes.

When Horatio was nine months old I tried to fulfil a long-held desire to dance like Beyonce. I signed up to Seen on Screen Fitness and learnt the routine to Single Ladies with the bootylicious Bonnie. It was fun, but my ankle kept protesting. Then I started yoga, which I’d done regularly for years, but I couldn’t keep up with my old class. In the end, I stopped fitness altogether until Horatio was 15 months old, when I began attending two Hot Yoga classes a week. I nearly fainted in the first one, but felt amazing afterwards and went back for more.

Two weeks later I pulled on my size 14 jeans and found they were too big. I foraged around the cupboard and pulled on a pair of old jeans—they fitted! Turns out the excess weight came off naturally with time, with just a bit of sweating and posing thrown in. My jawline got its old angles back, and my natural confidence began to slowly but surely surface in little bursts.

Why didn’t anyone tell me about this? Nowhere in my stockpile of information had I read about this natural return of mojo. Most people seem to force their mojo back with intense bouts of starvation, carb cut-out and exercise. Or else they pretend they have their mojo back with staged images of perfection, posted on Instagram. Is ‘wait 15 months and it will start to happen on its own’ actually the natural order of things?

I asked Dr Ellie Cannon, a GP who writes books about new motherhood—books that when you read them feel like she is your honest best friend, whispering in your ear. Dr Ellie hasn’t heard of the Natural Mojo Reboot, as I have christened mine, but concurs that it took her about two years to get back to normal after the birth of her first child. “I think that we are overly prepared for the baby to come. But we are under prepared for the physical and emotional changes that come with a baby. Modern parents think there is an answer to everything on Google. And when the answers don’t come neatly packaged they don’t know what to do.” Sounds about right.

Dr Ellie says she commonly sees people needing therapy to adjust to their new life, once they have had a child. “Psychologically there is still an expectation that women will take second place to their husband and baby, while their partner’s life carries on. Then before women have a chance to fully recover, they are onto baby number two. Of course for some women it is the making of them.”

For me, it is Jane Bruton who gave shape to the two-year turnaround when she said: “It was a jumble of the old and new me, and I never felt quite right”.

The return of mojo is the magical moment when the ‘old childless you’ and the ‘new mummy you’ finally connect and harmonise instead of fighting against each other. My son Horatio has just celebrated his second birthday. Watch out world, here I come!

Many thanks to MELANIE RICKEY for allowing us to publish this article, originally written for KIN MAGAZINE